“The Influence of Trump, Twitter & #fakenews on Legal Communication”

Over 100 participants from different areas like media, politics, economy and participated at the 3. Litigation PR Conference at the ZHAW School of Management and Law. During workshops, including one by N.CH, interviews, a panel discussion and presentations they discussed the challenges of #fakewnews, social media and Trump to sustainable and responsible legal communication.

Organised N.CH and its partners, the ZHAW School of Management and Law and AGON PARTNERS LLP, as well as the Crisis and Litigation Communication Alliance, various experts discussed and analysed the relationship between the press, the public and the judiciary. It hasn’t gotten easier since the last two conferences in 2016 and 2017. However, where there are challenges, there are also opportunities.

“We are flooded by unimportant information”

The participants were welcomed by the dean of the ZHAW, Jean-Marc Piveteau. Afterwards, the former German Federal Minister of Finance, Peer Steinbrück, shared his epxerience of dealing with the media as a politician. He thinks that the biggest challenge of the media is its economization . The focus lies not on quality but on quantity of information, which also means that journalists no longer function as gatekeepers. However, this is one of the most important roles of good journalism, to focus on the topics and news that really matter. Additionally, reports and comments were merged in order to acquire more online visits, which is, on the other hand, another reason for the sinking trust of the public into the media, as the reader can no longer be certain if he is getting the objective news or the analysis of the reporter himself.

“I hope that journalists will be self-critical again.” – Peer Steinbrück

During the interviews, Dr. Martin Kayser and Dr. Mirjam Teitler on the one hand, and Roger Huber und Marijana Gavric on the other hand discussed the importance and challenge of official secrecy. Roger Huber shared his experience of being involved into the in Switzerand well-known “Carlos Case”, during which he was blamed to have shared confidential information with the press. Although he denied these allegations and he has never been proven guilty, he lost his mandate. Meanwhile, Martin Kayser, federal judge at Supreme Administrative Court of Switzerland, shared his experience of being judge and being asked to comment on trials or procedure by the media while being bound by official secrecy. According to him, the question of when to share what kind of information is comparably simple:

“As a judge, I am bound by official secrecy. However, if some details are already known to the public, I can comment on some specific points as a judge.” – Martin Kayser

A ‘darker future’ was shown Uwe Wolff and Patrick Minar, sharing their experience when dealing with #fakenews and misinformation campaigns on the internet. Focusing on businesses, they presented how, for example, an angry former employee could damage his former employer by starting a rumor under a false name on the internet, using his knowledge of the company to damage its business model. Often, such efforts go undiscovered before the damage has been done. While large multinational companies have professional surveillance tools and teams to stop such efforts at the beginning, smaller companies are too often unaware of the consequences until it is too late. According to Wolff and Minar, the rise of artificial intelligence will increase the threat of #fakenews, especially to unprepared users and businesses.

During the following panel discussion, moderated by Prof. Dr. Patrick Krauskopf, the participants, Peter Metzinger, founder of Business Campaigning GmbH, Volker Dohr, Head of Legal & Compliance of AMAG Automobil- und Motoren AG, Prof. Dr. Aleksandra Gnach, Professor for Media Linguistic at ZHAW Angewandte Linguistik, and media lawyer Dr. Andreas Meili, discussed the challenges of good (online) communication, reputation management and the legal tools as well as their effectivness. While the digitalisation facilitated the spread of #fakenews and too often the damage has already been done, all agreed that not to act or not to communicate is not an option during a crisis. The more transparent and open one does communicate, the better. Hiding information will only create future damage and undermine any trust that has been gained. Of particular importance is the (online) community. It can be used as an accelerator to spread important information and to rebuild trust in the public eye.

“If one tries to cover up, one supplies ammunition.» “ – Peter Metzinger

“30 years ago, one bragged about ‘not communicating'”

Meanwhile Judge Andrea Titz, showed how times have changed for the judiciary. While in the past, the ‘press speakers’ of the courts were proud of not having been in contact with journalists, today courts have to actively communicate about the procedures to prevent misinformation, wrong accusations and #fakenews as good as possible, especially as the attention of the media focuses on the beginning of a trial, but not its results (especially not if the accused has been proofed not guilty). Due to this, most courts are improving their communication capabilities and adapting to the changing news cycles. This is of particular importance as journalists get their information in any case and if the court is unavailable they will ask someone else, who, most often, does not provide reliable and correct information which nevertheless gets published.

“Most often, wrong information does not come from the parties involved but from somewhere else.” – Andrea Titz

After the conference, the participants continued their discussions during the gala dinner at the historic “Haus zur Geduld” right in the center of Winterthur. The key note was hold by the former Federal Minister and President of Switzerland, and former Undersecretary General of the United Nations, Adolf Ogi. 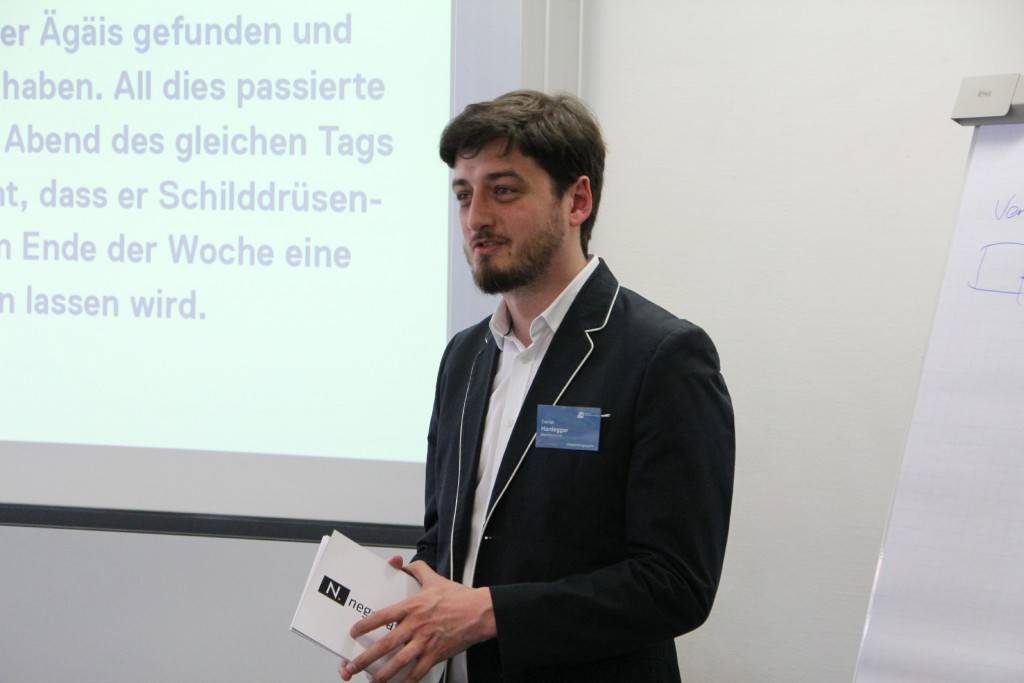