The Power of the Picture

“A picture is worth a thousand words” – a truism. But in the age of social media, images spread rapidly and influence public opinion. What does this mean for legal disputes, court proceedings and the judiciary? At the 4th Litigation PR Conference on 10 April 2019 at the ZHAW in Winterthur, Armin Wolf, Karin Matussek and Christoph Blocher, among others, took part in the discussion.

With this challenge, Prof. Dr. Reto Steiner, Director of the ZHAW School of Management and Law, welcomed the participants and experts to Winterthur. Prof. Dr. Patrick L. Krauskopf, Head of the Center for Competition and Commercial Law, then opened the conference. In his view, only 10% of success in a legal dispute can be attributed to legal expertise. The rest of the success depends on interdisciplinary skills such as communication and leadership. Litigation PR has the goal of approaching legal disputes in an interdisciplinary manner, which means that the socio-cultural, legal and economic perspective must be taken into account. However, it is not a question of only reaching the judiciary, but of being able to anchor one’s position in public opinion. For anyone who not only wants to be right, but also wants to be, cannot avoid involving all stakeholders in the communication strategy. To date, the ZHAW is the only university in the German-speaking world to have recognised the challenges and opportunities this presents and to have dealt with them in a sustainable and interdisciplinary way.

“The Power of Pictures” or “When Influencers Paralyze City Cities”

Keynote speaker Dr. Armin Wolf, deputy editor-in-chief at ORF and presenter of the newsjournals zib2, explained in his keynote “The power of images in the age of social media and fake news” how difficult it is to evaluate the influence of images in communication and, especially as a journalist, to trigger a critical attitude among the audience. One of the turning points was the presidency of Ronald Reagan, who deliberately used images for communication and also provided professional help in his staff. Today, social media allow anyone to influence public discourse through images. This is evident not only in legal and political disputes, where more and more images are used for communication, but also in how so-called “influencers” can paralyze entire inner cities with few means and because of the hypes surrounding them.

Interview with a publisher and a cantonal judge

National Councillor and publisher Min Li Marti then spoke to journalist Jean-Francois Tanda about the challenges she faces in her everyday life. As the editor of an independent but politically positioned newspaper, she faces other challenges with regard to the development of the media landscape than most major media publishers. Clear positioning and independence are both a curse and a blessing when it comes to gaining sufficient resources to critically follow developments in politics and society.

In an interview with Peter Hartmeier, Lucerne cantonal judge Marianne Heer spoke about the changing times in the courts. Today’s judiciary still originates from the last century, whose independent actors are unfamiliar with public relations. Nevertheless, she sees the necessity: judges are elected, which is why it is right that not only public prosecutors and lawyers communicate during spectacular cases. However, criminals or victims are subject to data protection during negotiations, which is why it is essential to protect their personal rights.

Karin Matussek, correspondent for law and justice at Bloomberg, expressed in her keynote “Getting a picture – images, language and journalism between justice and business” the influence of images and texts in business journalism. One example was the Mannesmann trial and the now famous photograph of the then spokesman of the Deutsche Bank Board, Josef Ackermann, with the Victory sign. The title “ugly face of capitalism” was quickly ascribed to the image – and thus to people. The actual background was hardly reported: Because the court was late, Ackermann and his co-defendants joked in order to make the waiting time go by. Ackermann was jokingly imitating Michael Jackson. In the same week, the singer had appeared before the media with the V-sign – as a defendant in the child abuse trial. Against the power of the apparent message of the image, the facts went under.

In the subsequent panel chaired by Prof. Dr. Patrick Krauskopf, the legal communications expert Dr. Mascha Santschi Kallay, the head of communications at ZHAW SML Jürg Hostettler, the managing director of Voxia communication Laurent Ashenden and the founder of lawbusiness Alexander Gendlin discussed how important it is for the public to combine facts and stories. Using UBS as an example, Laurent Ashenden demonstrated how counterstories were used in a targeted manner with the aim of effecting an image correction. Alexander Gendlin added that one must not only get justice in court, but must also be perceived accordingly in public.

The conclusion key note communication in politics and economics – a empiric report was held by former Federal Councillor Christoph Blocher. In his experience, crisis communication always means “standing there in public and telling the truth”. Anyone who tries to disguise is ultimately harming himself, his company and his concerns. Former Federal Councillor Kaspar Villiger agreed in principle to this point of view at the subsequent gala dinner at the House of Patience, but stressed that the entire preparations for the crisis should not be overestimated. For whether a person is ultimately in a position to react correctly during the crisis and act sustainably is only known when the crisis is there.

All information about the conference can be found on the  conference website. 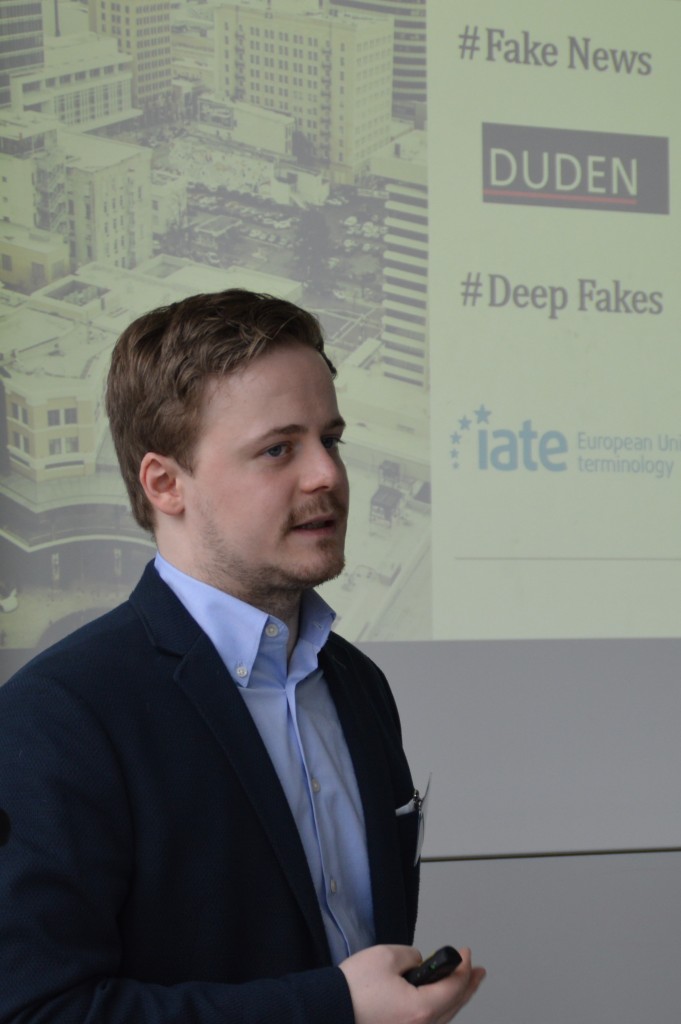