“The Power of Reputation”

The third edition of our annual conference took place on 4th November 2016 at the Institute for Management and Law of the Zurich University of Applied Sciences (ZHAW).  Christian Schlimok from Novamondo GmbH gave a short introduction into the method of Design Thinking and its application. Ronja Harder presented the history and current challenges of the conflict between the European Union, the Russian Federation and the Ukraine.

Christian Schlimok from Novamondo GmbH Berlin. He gave an insight into the ways of design thinking by presenting a recent case from his work as a consultant in Colombia. He showed various tools that design thinking experts use to gather data about the habits, structure, interests and connections of actors, groups and institutions. Using personas, for exmaples, allows to get an overview over the positions, intentions and characteristics. In preparation of a negotiation, this allows to separate the representatives from the institutions which, as a next step, allows to develop new approachs and opportunities for solutions during tough and complicated negotiations.

The floor was then taken by Ronja Harder, who currently works for the Geneva Centre for the Democratic Control of Armed Forces (DCAF). In order to prepare conference participants for the negotiation mapping exercise, she summarized the history and development of the conflict since it started as well as the efforts of the international community to reach a political solution. The complexity of the conflict is due to various different interests and positions as well as a range of factors, like economy, politics, history and culture, which make finding a solution to the conflict very difficult. Ronja Harder, however, provided the participants a precise overview of said factors and inspired to look beyond the current deadlock situation.

Although this was only a very short introduction into the process of Negotiation Mapping, both groups were able to get a first glance of the complexity of the conflict with regard to all the different factors, like economy, security policy, international law, trade, cultural and historical question, as well as the various actors/stakeholders involved. It was obvious that a more detailed analysis would create new insights which, as a next step would allow the creation of new approaches for solutions to end the conflict. This analysis would first separate the various factors of the conflict trought layers. This allows to focus on each factor separately and later combine the various factors to gain a new, all-inclusive as well as multiperspective insight into the conflict. 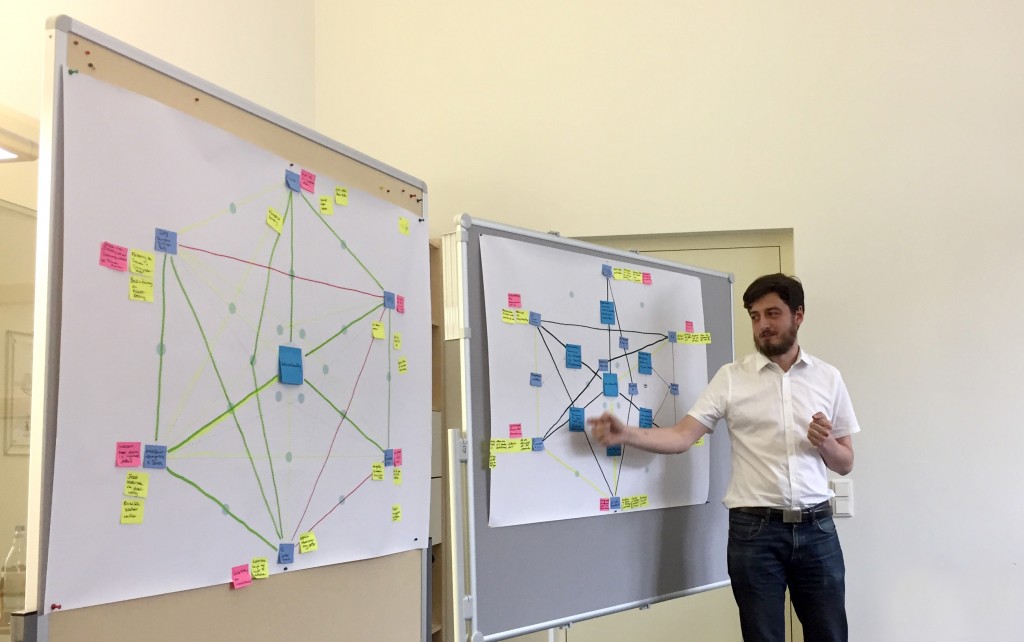 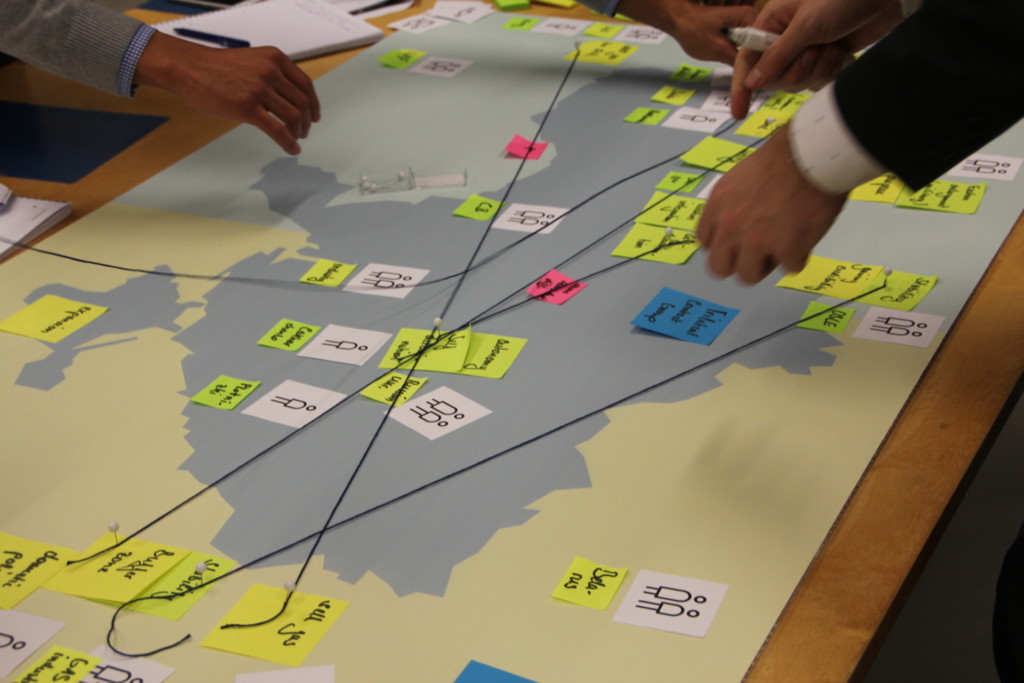